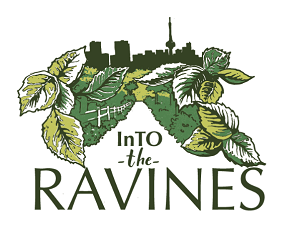 Please feel free to make suggestions on this topic. Email  history@mountdennis.ca.  There is another timeline dealing with regional history under development

This is essentially a list of the years when events significantly changed the community that became Mount Dennis, as recorded by European settlers, for better or worse. A history of First Nations in the Humber would be welcomed, as well as information on our industrial past.

In 1615, Etienne Brule travelled into the Great Lakes basin, seeing all five Great Lakes, and was the first European reported to travel the Humber. His travels triggered the fur trade that would change the face of the continent over the next two hundred years, and change the trading relations of the First Nations peoples.

1791 John Graves Simcoe became the first Lieutenant Governor of newly partitioned Upper Canada . In 1793 he signs a watered down bill to slowly eliminate slavery in Upper Canada, 41 years before the British passed similar gradual elimination legislation for the rest of the Empire.

Returning from the 1793 parliamentary session at Niagara on the Lake, Simcoe travelled through what would become Mount Dennis, renaming the river after the English Humber river. Perhaps now is a good time to revert to the Anishinaabe name, “Cobechenonk” meaning “leave the canoes and go back”. Simcoe decides to build what would become Yonge Street rather than use the Carrying Place Trail as a military road.

Simcoe ordered the lands to be surveyed and granted to settlers. Ship builder John Dennis and brewer John Denison walk to the highest point visible from the Humber and decide to homestead on ‘Mount’ Dennis.

1801 is the earliest gravestone in St John’s Cemetery on the Humber.  The Denison family would move to York (later renamed Toronto), keeping the farmland and becoming extremely wealthy from beer and land development as settlers flock to Upper Canada after the Napoleonic wars. The Dennis family would acquire most of the local Humber Valley land from Weston to the Black Creek.

1850  York Township is incorporated, Humber River to Victoria Park/Scarborough boundary under the ‘Baldwin’ 1849 Municipal Corporations Act. York Township would slowly shrink due to a) annexation by Toronto and b) secession by North York, eventually becoming the City of York and then amalgamated into Toronto with no consultation.

1887  Village of West Toronto Junction incorporated, railways lead to industrialization of the rail corridor from Lake Ontario to Malton.

1910   First Flight over Toronto at Trethewey Air Field, unrelated fire destroys much of the hospital

1938  Ruddy Building opens at west Park.  It will soon be gone! Hospitals and Sanitoria for Consumptives Act passed, West Park now has capacity of 600 TB cases. If you think COVID-19 and SARS are bad, imagine 600 patients and no cures.

1961  Mount Dennis Library opens at Weston and Eglinton. Previously the Library operated out of the Legion and other temporary sites.

1971 Conservative Premier Bill Davis cancels the Richview Expressway. Although the expressway would have razed much of Mount Dennis, the cancellation led to a situation where the high rises approved to border it were allowed to be constructed, but the business district collapsed, leading to unemployment and poverty.

1998  Toronto annexes all of what was York township! Mount Dennis becomes part of Toronto wards 11 and 12, later both become Ward 5. Litigation still not resolved on the legality of this

2012  Construction FINALLY resumes on Eglinton, now an LRT but 17 years after Conservatives cancelled the first try.  Construction delayed due to complications caused by earlier tunnels being filled with concrete.

2013 MD Library reopens after $4M makeover; flooding causes tens of millions of dollars damage to hundreds of homes in the area

2020 Province announces plans to extend LRT to the airport, a bridge to be built over the Humber